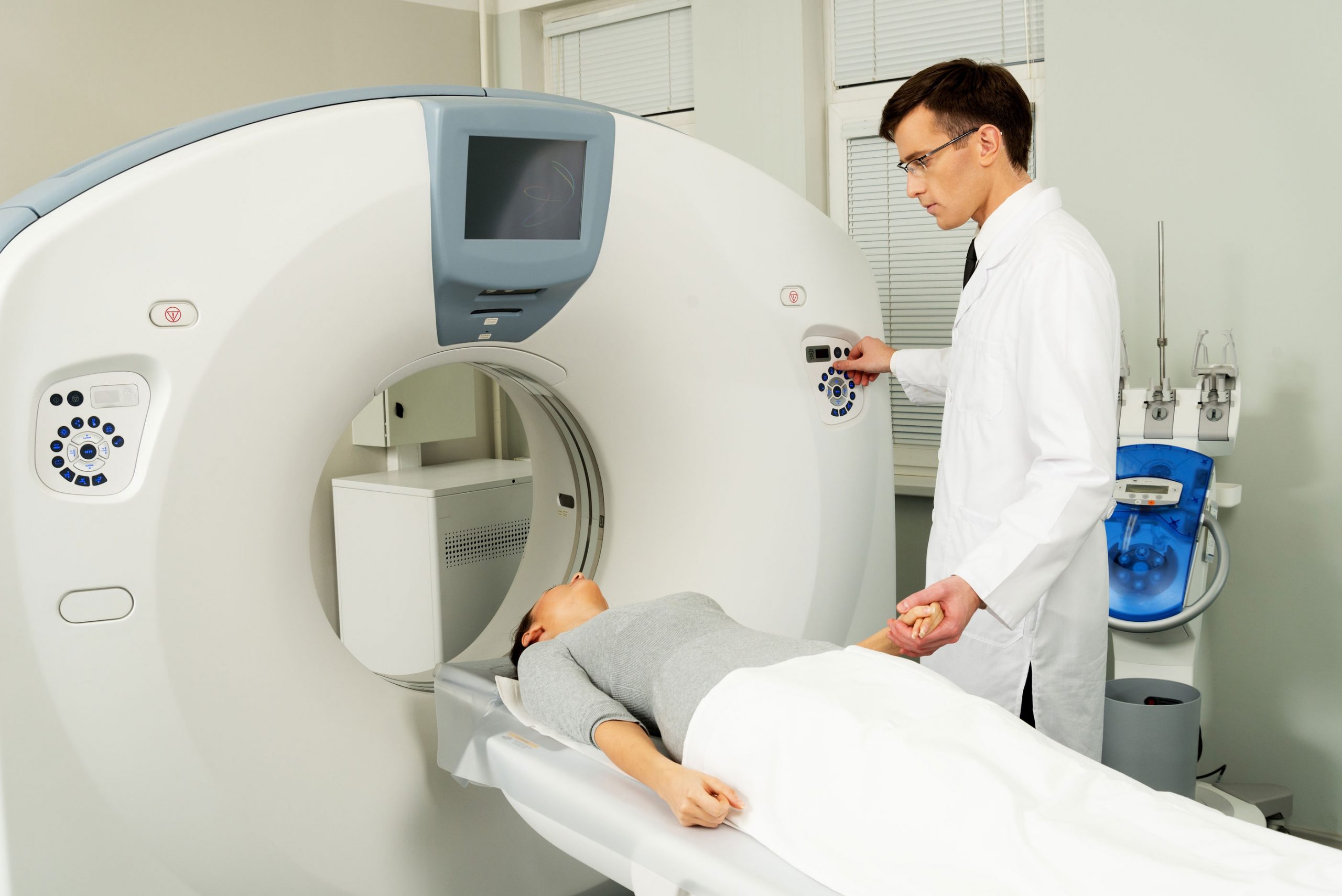 More than 7 years after my initial diagnosis and 5 years after my relapse in 2010, I had another “cancer scare” or, as I’d call it, some “unfinished business” when it came to my treatments and follow-up. And had to go for a CT scan of my brain.

As a short recap: I had plaque radiotherapy (a radioactive plaque was stitched to the back of my eye for 4 days and then removed again) in 2008 to treat my malignant choroidal (ocular) melanoma, then proton beam therapy in 2010. In preparation for the second round of treatments, I had some markers stitched to the back of the eye, which are still there now. Radiotherapy was partly successful for me- the second time round, the tumour stopped growing but in 2012, there were doubts whether there was activity again and I also struggled with lots of side effects: loss of vision due to damage to the optic nerve from the treatment, radiotherapy related retinopathy (persistent/acute damage to the retina), rubeosis (growth of abnormal blood vessels, mainly near the iris), oedema, cataracts… I sometimes went to the hospital to let students look into my eye because they could see every complication of the eye in one go!

Anyway, you can read how my eye (and health) improved dramatically with the introduction of the ketogenic lifestyle- within a very short period of time. And that I had another set of clear scans in November and everything was just great health-wise. But then, one day, I started going through my old files, mainly because I was looking for exact tumour measurements for a case study I wrote for a colleague of mine in the US. What I found was this:

When reading the sentence “There was an extraocular tumour nodule approximately 3.8 x 6.2 mm in diameter with a thicknes of 1.6mm”, I started feeling slightly nauseous. It dawned on me that back in 2010, I indeed had a brief look at this letter and also clearly remember reading about the extraocular tumour, but this piece of information was clearly not a priority at a time when I had to worry about a large intraocular tumour, the future of my (eye) health and the logistics of going through radiotherapy while nurturing and feeding a baby.

I saw my consultant ophthalmologist a few days later. He had been diligently checking on the intraocular tumour every 6 months with an OCT (ocular CT scan) and also blood tests as well as ultrasounds of the abdomen to make sure there were no metastases. Here’s a picture of what the inside of my eyeball looks like with the “fibrous mass” (which was once a tumour) still very visible on the side: 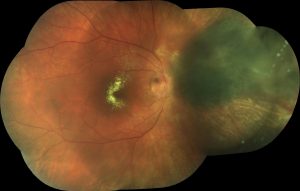 When I showed him the letter, I asked whether he knew if a) this extraocular tumour had ever been treated and b) it had ever been followed up on via CT (computerized tomography) or ultrasound. He was as clueless as me and because I had been discharged from the oncology unit in Liverpool back in 2012 and my oncologist had since moved to San Francisco, we decided not to waste any time by getting the team dig through the files (it was close to Christmas anyway and the chances of getting some reliable information were probably slim) and just do a brain CT scan.

On the Saturday before Christmas, I was then scheduled to go to hospital. Although I wasn’t too keen on the radiation exposure to my brain from the CT scan, I knew I had to do the test if I didn’t want to live in limbo for a good while. The tumour was 3.8×6.2mm in size and 1.6mm thick when it was measured in 2010. Not huge, but large enough to worry me…

I prepared for the CT scan like I would advise one of my clients to get ready for radiotherapy sessions to protect the healthy cells:

In hospital, I then got the dye injected into my arm, which serves as contrast material to highlight certain areas of the brain. I got a warm, tingling feeling but contrary to what I was told, I didn’t feel pressure on my bladder and the urge to wet myself… thank goodness!

This is what happened next:

The procedure was very quick. I only spent about 30 seconds being irradiated by the x-rays and listening to the whirring noise the machine makes. That was it- all I did afterwards was keep going with my fast (with the exception of some coconut oil in my tea) for the rest of the day until dinner was ready. Ideally you would also rest and take it very easy but I had to seize the opportunity of being near town and pick up some Christmas presents for the kids on the way home… But once I got home, I had a good nap and felt totally okay afterwards.

Then the wait started… as always, this is a bit of a roller coaster that goes from “OMG, maybe there’s a tumour the size of a tennis ball in my brain to “I’d certainly have symptoms if there was something growing there”. I always have plenty of distraction with the kids, pre-xmas celebrations and work anyway, and on Tuesday morning I got the call that my CT scan was totally clear.

Not a sign of a tumour, lesion or any abnormality near the optic nerve where the tumour used to sit!

The tension had obviously been bigger than I had thought because I broke out into tears of joy straight away. And rightly so…

But it was still really bothering me that nobody had ever talked about the tumour and that it had been forgotten about. I was also slightly pissed off with myself that I had let it slip- it’s very unlike me, especially because I always urge my clients to keep all files in one place, mark things that need re-testing and keeping on top of things themselves as best as possible.

After digging more into later letters dating from 2012 in my files, I finally found what I was looking for: two more mentions by the professor of the extraocular tumour. One was from November 2010, just 4 months after completing proton beam therapy (and when the extraocular tumour was first found):

The significant line is “Comparison of the ultrasound scans of October 2010 with those obtained in June showed no progression of the tumour extraocularly”. And then another one from my latest (and hopefully last) visit to my oncologist in May 2012, which confirmed what I had been suspecting: The extraocular tumour never responded to treatment and was still exactly the same size 2 years later (“The extraocular tumour nodule was unchanged.”).

For very obvious reasons, this is another satisfactory moment for me: it shows how the ketogenic approach alone completely shrunk away a tumour within 3 years or less.

It also means that I’m still on the right track (and will hopefully be for a very long time…). I remember that on that day of my appointment in Liverpool, I had my very last beer (with super dilated pupils- they’re not from the beer but the eye tests ;)) and from then on it was strict keto. Oh yes, and I’ve learned in the meantime how many other lovely things there are apart from beer to celebrate special occasions! 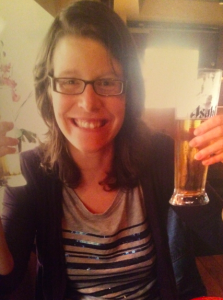 What are my conclusions from this pre-xmas scare? First of all, keto works like a charm for me. Maybe it’s due to the location of the tumour near the brain (where we have the most evidence that a ketogenic diet can work) but also because the retina- and possibly also the choroid, but I’m not sure- is the most mitochondria-rich tissue in the body. Secondly, it’s a reminder of how much on top of our medical records I need to be. Ultimately, I’m responsible for following up on tests, asking questions and putting pressure when I feel something’s going on. This is particularly important when an interdisciplinary- or in my case, intercountry- team is at work and things can slip into cracks…

I know mistakes like these shouldn’t be happening. However, I’ve experienced it several times now that “errare humanum est”- to err is human- and with serious consequences, sometimes. This time I was lucky and came away from the tests with another reward for all the work I’ve put into my health in the past years. It’s not always easy and if I’d say I never have to make any sacrifices to follow the ketogenic lifestyle, I’d lie. But getting a clear CT scan just before Christmas after such a scare made it all worthwhile! 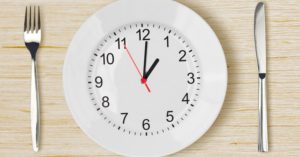 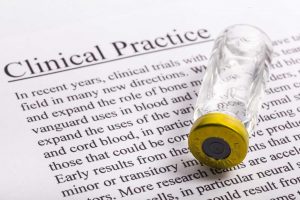 Patricia and Domini’s book explains the precautions, the practicalities, the theories and the uncertainties and will be of value to individuals, their families and the clinicians supporting their treatment pathway. Thank you, Patricia and Domini for your considerable endeavours in creating such an informative and deliciously practical book.