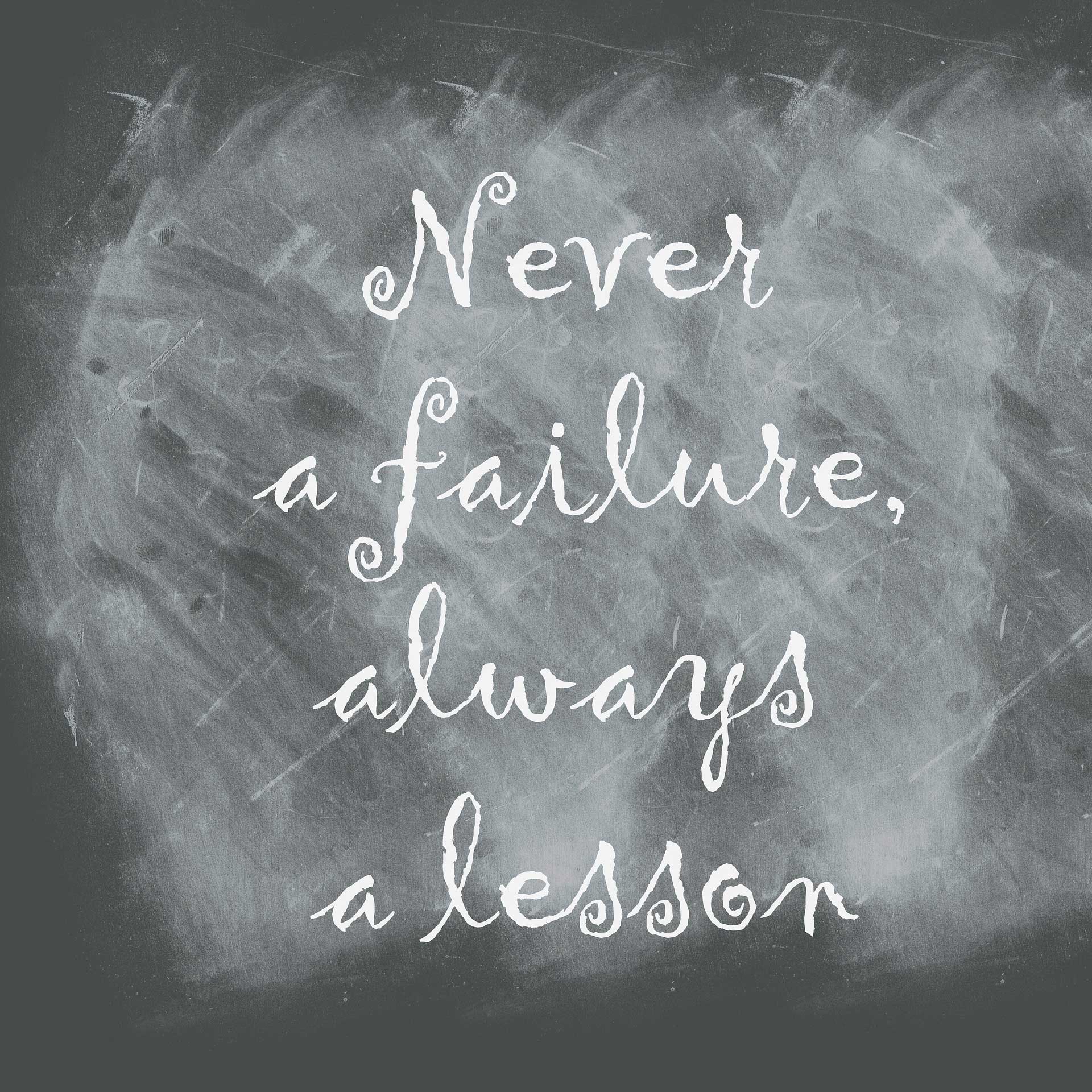 So, I’m writing this blog post on the last day of 2016. And what a year it’s been! A true emotional rollercoaster and without a doubt the most challenging year I’ve had so far in my entire life. As you can imagine, this means something, coming from someone who’s had cancer twice and other difficulties to face. Like many other people, of course. Let me reflect on some lessons learned in 2016.

Excitement at the beginning of 2016

I started the year with great excitement- mainly also knowing that in April 2016, I’d be publishing my very first printed book. With my co-author Domini Kemp, who is a well-established and even better respected author, food writer, chef and business powerhouse here in Ireland. Anybody who’s ever written a book- or a cookbook in particular- knows how many hours, sweat and possibly tears go into it. It’s by no means an easy task but maybe even a tad more complex if it’s co-authored with someone you didn’t know so well before starting the project.

But at the beginning of the year, the book was already going into print and all the hard labour had been done. All we’d have to do now was spreading the word about it, answering questions, doing some radio and newspaper interviews, podcasts- all the stuff I thought would be pleasurable and energising.

I had no clue how wrong I was in that assumption and what avalanche of criticism would try to engulf us as soon as the book was out! And I don’t think Domini, my co-author, really knew what she was getting herself into… I’d “warned” her that there would be “forces” (or whatever you want to call them… lobby groups maybe?) out there, especially here in Ireland, that wouldn’t be too happy about our mission. Domini reassured me, saying that we’d been overly cautious with everything we stated in the book. That we’d used so many references and especially also caveats for people reading our book to make sure they didn’t get themselves into trouble. Especially for those people who possibly wanted to implement not only a low carb diet, but taking it further and going for the ketogenic approach.

Launch of “The Ketogenic Kitchen” in April

The book was launched on April 19 in Domini’s cafe “Alchemy”, with about 100 people attending. The book was officially launched by John McKenna and guests included restauranteurs, well-known foodies and media leaders. Domini’s delicious kale and mackerel bites were on the menu, washed down with Coconut Martinis (low carb, naturally!). It was a proud day. And you won’t get a chance to see me “dolled up” like here any time soon 😉 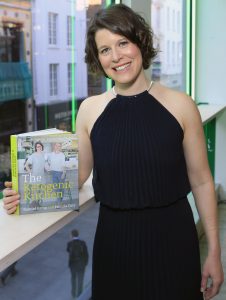 But reality hit fast. Soon after doing the first radio interviews and having a few newspaper articles, published, “the force” awakened, literally. On Twitter in particular, things got really nasty. I’m not going into details here who said what, but it wasn’t pretty. Domini and I promised to each other that we would stay polite, fair and positive. It was easier said than done, to be honest, but we kept our pride and manners. Some of the highlights were us being accused of “profiteering” (this statement was made by a leading dietician in Ireland who clearly hasn’t got a clue about book publishing but prefers to promote white sliced bread) and promoting “pseudoscience scam” (the individual who made this statement is obviously still at the stage of mixing up “ketoacidosis” with “ketosis”).

I was also regularly called unqualified (in other words, I’m not a dietician) and that I’m making “unsubstantiated, misleading claims”. The fact that there are millions of cookbooks (including ketogenic ones) out there who throw around recipes without ever giving a rationale for why they’ve made it into the book was completely ignored. And, what was probably most annoying, is the observation that many critics hadn’t ever even opened, let alone read, “The Ketogenic Kitchen“. So much for judging a book by its cover!

Initially, we tried to justify our choices. Why didn’t we write a book about the ketogenic diet for epilepsy, where the evidence was a lot stronger? We could’ve, of course, but we both had cancer rather than epilepsy. We’re not hypocrites. We call a spade a spade. Why didn’t we just write a recipe book without any mention of the science? Because neither of us chose a low carb/ketogenic approach by accident and without serious deliberation and research. Which we want to encourage everybody to do.

We realise now that whatever slant we’d have given the book, we’d have experienced a big backlash. But for us, it’s all about patient empowerment. Giving people options and making sure they follow the protocol they choose in a safe environment and with the support they need. Within about 2 months of publishing the book, we realised we couldn’t go on justifying our life and health choices all the time. I spent hours of my precious working time writing responses, answering comments and- as it felt to me- defending myself. Which is so unusual for someone like me who prefers to be pro- rather than reactive. But I got pushed and pulled in all directions that I lost my sense of focus.

What helped me during that time was writing. Diaries, notes and also blog posts. Plus I decided to remove the comment section on my website to protect myself and somewhat disengage from the stress. Which obviously filled my critics with much joy because they considered this a “defeat” (pretty pathetic, I know). It was a relief for me, though.

Bash and bully rather than debate

Both Domini and I realised that it was absolutely no point discussing or engaging with people who were just “out there” to bash, defend and bully rather than being interested in having a rational debate. As much as we tried, reassured and emphasised, many of our critics (chose to) assume that we’re here to sell a “cancer cure” (and make a fortune out of it, of course!). Despite numerous attempts to convince them of the opposite, also with the help of medical professionals from across the pond. To no avail.

We thought we could maybe kick start the process here in Ireland but I think we were wrong. It’s happening elsewhere in our neighbouring countries but not here in Ireland, unfortunately. We’re still at the “aggressing, feeling threatened and shouting” rather than debating stage. Sometimes it seriously felt like we were promoting a new blockbuster drug that hadn’t gone through the full drug development process yet. We were asking ourselves on a regular basis whether our critics were aware that we’re talking about food and not a miracle drug!

Focus on the positives

I was so engulfed by what happened after the book launch that quite often I chose to focus on the negatives rather than the positives. Which is so unlike me, really, and I wonder sometimes why I let this happen. So many good things happened this year. I haven’t even fully processed and acknowledged them yet:

There are so many things I thought I knew, but clearly had never had to put them into practice before. I learned so much (more or less the hard way) this year, but here are some of the more important ones:

This blog post got a lot longer than I expected. I always find great comfort in writing down my thoughts and putting some order in them. To finish, I’m referring to what Dr Malcolm Kendrick wrote in a blog post. It really resonates with me:

“Debate in science is essential. You would hope it were the very lifeblood of progress. One would also hope that researchers could disagree with each other in frank and open debate. But it has become increasingly obvious to me that if you criticise the experts in medical research you can expect a very rough ride indeed. You certainly risk being stomped into silence.”

I can’t promise it, but I’ll do my best not to be stomped into silence. Thank you for reading. 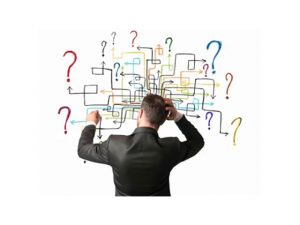 Given the lack of support from my oncologist, I was skeptical about the diet. Patricia, your warm, kind, caring attitude combined with your nutritional expertise was exactly what I needed both emotionally and intellectually to calm my nerves, become inspired, and take action to implement the diet.

I have noticed feeling much less hungry throughout the day, and a more stable mood.  I dropped from 175 pounds to 150 pounds, where my weight has stabilized.  This is an ideal body weight for me, a weight I was unable to achieve through dieting over the years.

More importantly, on the cancer front: I implemented the keto diet at the same time I began 6 months of chemotherapy due to 2 lung mets (original diagnosis of soft tissue sarcoma). In the 6 months after I started the diet, both lung mets shrunk about 60%. When I had surgery to have the mets removed, one of the two mets had cancer in it, the other one was completely dead tissue, meaning the cancer had been completely eradicated.  This result surprised my oncologist. While I will never be able to say for sure what caused me to have such positive results (keto alone, chemo alone, or a combo), I feel confident saying the ketogenic diet was in part responsible for my very positive results.

Although the keto diet presents challenges, I think working with Patricia has given me information to become an expert on the diet for myself. The diet has given me a sense of control that was completely absent from the western medicine perspective.

Patricia is genuinely caring, and this comes through in all of my interactions with her!

The ketogenic diet is complex and overwhelming, especially to someone unfamiliar with the diet. Patricia breaks it down, and this helps implementing the diet much more manageable.