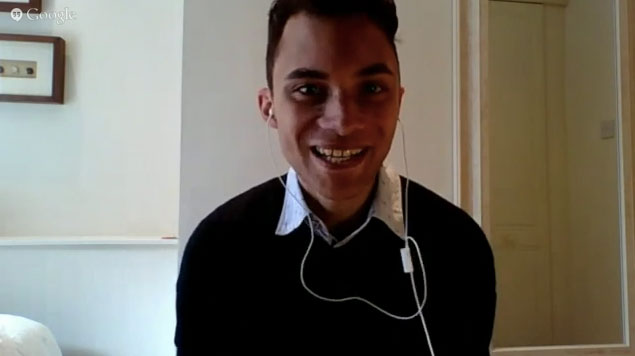 Terminology in the cancer world can be confusing and cause a lot of anxiety. The media love “how to cure cancer with alternative treatment” stories and like to mix up certain terms to attract more attention.

When Andrew Scarborough heard his diagnosis “incurable brain tumour” and that he’d be receiving palliative care, it was obviously a huge shock to him. You can read details of his story here. And because of stories that were published online claiming that Andrew “cured” his cancer, we decided to do this interview to clarify and explain certain things.

The video has 2 parts:

“Palliative” is often associated with end-of-life care but many people don’t know that it means nothing else but specialised care that focuses on relieving symptoms, pain as well as physical and mental stress. It is associated with “life-limiting illness”, i.e. incurable diseases but doesn’t mean that life is coming to an end soon.

In Andrew’s case, his diagnosis pushed him into doing lots of research to find out more about his condition. The fact that he has a BSc Exercise, Nutrition & Health (University of Roehampton) certainly helped getting a handle on the ketogenic diet. He had also started an MSc in Nutritional Therapy (University of Westminster) that he wasn’t able to complete due to ill health.

Andrew is now is in complete remission. His goal with his multi-faceted approach to cancer is to manage his disease indefinitely. But because there is no known cure for his type of cancer, he can’t and would never claim that he’s cured himself.

Andrew’s current situation is that he still has a few millimetres of scar tissue and some invisible disabilities. They were caused by acquired brain injury from the assault on the brain through haemorrhage, surgery, the chemo and radiotherapy. He was told he would need to stay on his high dose of a cocktail of anti-epileptic drugs for life and would continue to have such debilitating symptoms which have now largely been resolved (facial paraesthesia, trigeminal neuralgia, migraine attacks, auras, etc.).

His medication has gradually been reduced and Andrew completely weaned himself off them. His symptoms became relieved as he went further into ketosis and his blood sugar was more stable at a lower level.

Because of his very impressive results based on his dedicated research and implementation of metabolic therapy, he is now working with his oncologist Dr Kevin O’Neil to hopefully enlist patients on safe, effective, closely monitored trials at Charing Cross Hospital in London in conjunction with Imperial College London.

Based on his nutrition knowledge and his biochemical individuality, Andrew has been able to tailor his dietary regime to his own PERSONAL INDIVIDUAL situation.

Andrew compensates for the lack of certain micronutrients in plant foods with the incorporation of numerous high quality, nutrient-dense foods from the animal kingdom like organ meat and insects. He keeps exploring new options to add to his metabolic therapy programme, like for instance hyperbaric oxygen therapy.

Listen to our interview to find out more about Andrew’s extraordinary story and future plans. You will learn about:

How I create ketogenic and low carb recipes

I brought my 18 year old daughter, Hannah, to Patricia to see if she could help her overcome a constant feeling of exhaustion. Hannah is an atopic child and suffers many allergies. Hannah had been to the doctor and got bloods taken and everything was deemed to be normal. Patricia further analysed these bloods using the Functional Medicine markers for health and found some nutritional deficiencies which allowed her tailor a supplement program specifically for her needs and to help her detox. Hannah also had magnet treatment. After three treatments and continued supplement program, Hannah feels so much more robust and no longer suffers the exhaustion that was plaguing her. I don’t know where else I could have gone for this result, Patricia’s treatment is a lifesaver.