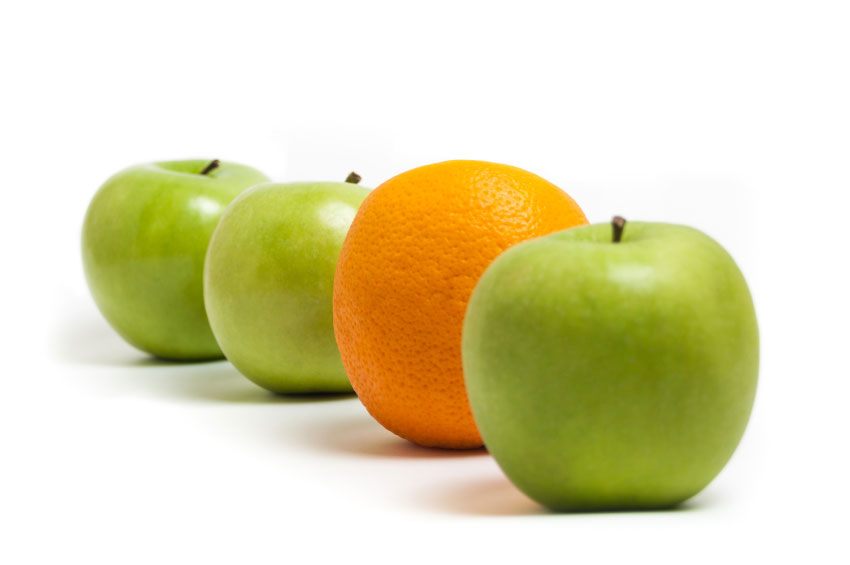 This is an essay I had to write in the very first year of my nutrition studies on biochemical individuality. Although it’s been a good while since then and our understanding of how food and lifestyle affects our genetic expression, for instance, is even better now, I think it provides many good examples why anything related to health- and indeed many other areas- can’t be generalised. And yes, I do specialise in the ketogenic diet for cancer but this doesn’t mean that I put every single client of mine on keto because it doesn’t suit everybody. More often than not I have to tweak, adapt to the individual, investigate food sensitivities, suggest lifestyle changes, do functional testing and then tweak some more!

The idea of individualism was introduced by philosophers and scientists centuries ago. It is not only since recent times that human beings have emphasised the fact that we all differ from others, not only because we are genetically unique. We also possess our own needs, desires, views and goals and we have various ways of achieving these. In many areas of our lives this individuality is increasingly acknowledged and taken care of.

However, it is a different story with nutrition. It appears that modern medicine looks at the human body more like a machine rather than a sensitive, highly individual and unique system. Conventional medicine seems to have a simplifying, reductionist approach to nutrition and the amount of nutrients we need on a daily basis.

It is therefore no surprise that most people still have a very limited understanding of nutrition and believe that we need sugar for energy, protein to build muscle, and that we do not need fat.

This is what the food industry tells us in their advertisements after all, isn’t it? As far as micronutrients are concerned, people rely on the term “RDA” (Recommended Daily Allowance) and are convinced that they will achieve optimum health as long as they stick to these guidelines. By no means can they be blamed for this, the RDAs are what we come across in our daily lives on food labels on practically every single item we buy.

It is important to realise, however, that the RDAs are set by governments to prevent acute deficiency diseases like scurvy (deficiency of vitamin C), rickets (deficiency of vitamin D, calcium or phosphorus), and pellagra (deficiency of niacin) . Admittedly, the RDAs have fulfilled this purpose and we hardly ever come across these malnutrition deficiencies in the Western world any more. Many physicians and laypeople still tend to assign too much significance to the RDA standard.

The main issue with this approach is that there is a big difference between lack of illness and presence of wellness. The World Health Organisation (WHO) defines health as “a state of complete physical, mental and social well-being and not merely the absence of disease or infirmity.”

Therefore the RDAs should not be mixed up with nutritional requirements to achieve optimum health. One important aspect is that scientific knowledge of nutritional requirements continues to expand and is by no means complete. Scientists still have not agreed on the daily allowance of many nutrients, e.g. manganese, molybdenum etc. There is also a strong possibility that in the near future other nutrients will be discovered to be essential for human beings. In addition, the studies used to determine RDAs were usually conducted over a period of six to nine months, which is barely 1% of the average human life span.

Animal experiments revealed that the amounts of nutrients sufficient to provide health vary significantly in different stages of an animal’s lifespan. In other words, a certain amount of nutrients might be enough to achieve optimum health in younger years but it might not be adequate at a later stage. Another problem with the RDA system is that these allowances only apply to a statistically average person who, in fact, may not even exist: This person has no illnesses or genetic weaknesses and is not exposed to environmental toxin or high stress levels, for instance. Yet the typical individual is more likely to be one who has average needs with respect to many essential nutrients but who also exhibits some nutritional requirements for a few essential nutrients which are far from average, mainly due to our genetic makeup.

Finally and most importantly, RDAs might only fulfil their purpose under the assumption that everyone absorbs and metabolises nutrients with perfect efficiency. However, according to scientists in orthomolecular medicine, requirements differ from individual to individual because of inherent genetic differences, among other factors. Research conducted by Roger Williams in the 1950s showed that RDAs are clearly not sufficient to determine optimum nutritional needs. This scientist followed in Linus Pauling’s footsteps and continued the research on the concept of biochemical individuality.

It views our bodies as a biochemical matrix which needs far higher amounts of specific nutrients to bring the system back into balance than it needs to maintain it.

The concept of biochemical individuality claims that everybody is unique and therefore has individual nutritional requirements. As a result, it is impossible to suggest the same treatment for everybody and expect the same results. Williams conducted a number of studies to prove that an increased need in certain vitamins, minerals and other nutrients may be the result of various inefficiencies in digestion, absorption, metabolism and excretion of a particular nutrient. It can also be caused by environmental factors like stress, drugs, pollutants or infections. Williams emphasised the fact that inefficiencies in nutrient metabolism generally have a genetic basis since differences in absorption, assimilation and also kidney excretion patterns tend to follow a genetic predisposition.

Therefore he states that “practically every human being is a deviate in some respect” .

In order to test this hypothesis Williams carried out a study whereby he maintained two groups of “normal” young men under “basal” conditions (i.e. a diet having a caloric value equal to the basal heat production and sufficient quantities of essential nutrients to meet basic needs). Over a period of time, each member of these two groups was examined to determine the levels of various minerals and biochemical substances such as lactic acid, urea, amylase, phosphatise and blood sugar levels. The main conclusions of this study were that the biochemical markers which were tested showed wide ranging variations. More importantly, most of these variations were consistent and unique to each individual during the entire duration of the trial. Hence the study clearly points out that the reliability of “normal ranges” is very limited .

Biochemical individuality might also be an issue when scientists attempt to determine the glycaemic index of foods.

This index is a measurement for the rate at which a certain type of food releases carbohydrates into the body, causing blood sugar levels to rise. Research conducted by the Jean Mayer USDA HNRCA made the use of a simple test food, white bread. It showed that a considerable level of inter-individual (among different individuals) and intra-individual (within the same individual) difference exists on consumption of white bread. Individual variations in the glycaemic index (GI) ranged from 44 to 132, although it is stated as 70 in the literature . The reason for the wide variations could be due to how the food that is being tested for the glycaemic index is consumed, i.e. on its own or combined with other foods. However, there could be a variety of other reasons that lead to these differences, including biochemical individuality. It might simply not be possible to determine the glycaemic index for a certain food that is accurate for every single individual. Hence, similar to the concept of RDAs, the utility of the glycaemic index might have to be challenged and adapted for the use on an individual basis.

Unfortunately, biochemical individuality still has not gained full acceptance by modern medicine. Williams expressed his concerns about this decades ago and addressed the issue, especially the poor quality of research into nutritional topics, through his teachings and publications. Nowadays, however, no major progress seems to have been achieved in this field of research and many physicians still underestimate the importance of nutritional individuality in their patients.

In my opinion, the concept of biochemical individuality presents an enormous opportunity for nutritional therapists. Most importantly, they can help people understand that they themselves, and no one else, have to take responsibility for their health and well-being by taking the time to get to know themselves better. There is no standard answer or advice when people ask how they can get rid of eczema, how they can lose weight or how they can fight headaches. It all depends on their individual needs, their lifestyles and family history. Nutritional therapists also have the important task of raising awareness in public that our health should not be at the end of our priority list and that it is much more difficult to cure an illness than preventing it from happening. Like Desiderius Erasmus, back in the 16th century, said “Prevention is better than cure”. 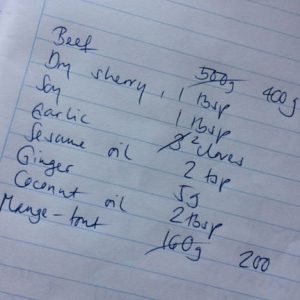 How I create ketogenic and low carb recipes 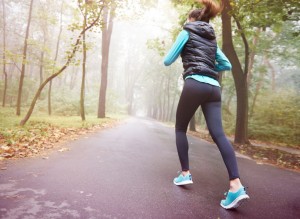 An interview on Patricia’s illness, her business and the ketogenic diet

This book is part inspirational giving some much-needed encouragement for those who have lost hope for their own health situation be it cancer, diabetes, heart disease, or other chronic diseases. It’s also part educational explaining in great detail in practical language precisely why you would want to choose to eat in a way that seems to be the exact opposite of everything you’ve ever heard to be healthy for you. Finally, it’s instructional arming you with delicious recipes and meal plans to not only tell you about how to eat this way but to show you with tender-loving, hand holding all the way through this journey to better health…or as they describe it in their subtitle, Extraordinary Health!